“Slavery was not genocide, otherwise there wouldn’t be so many damn blacks in Africa or in Britain would there?” 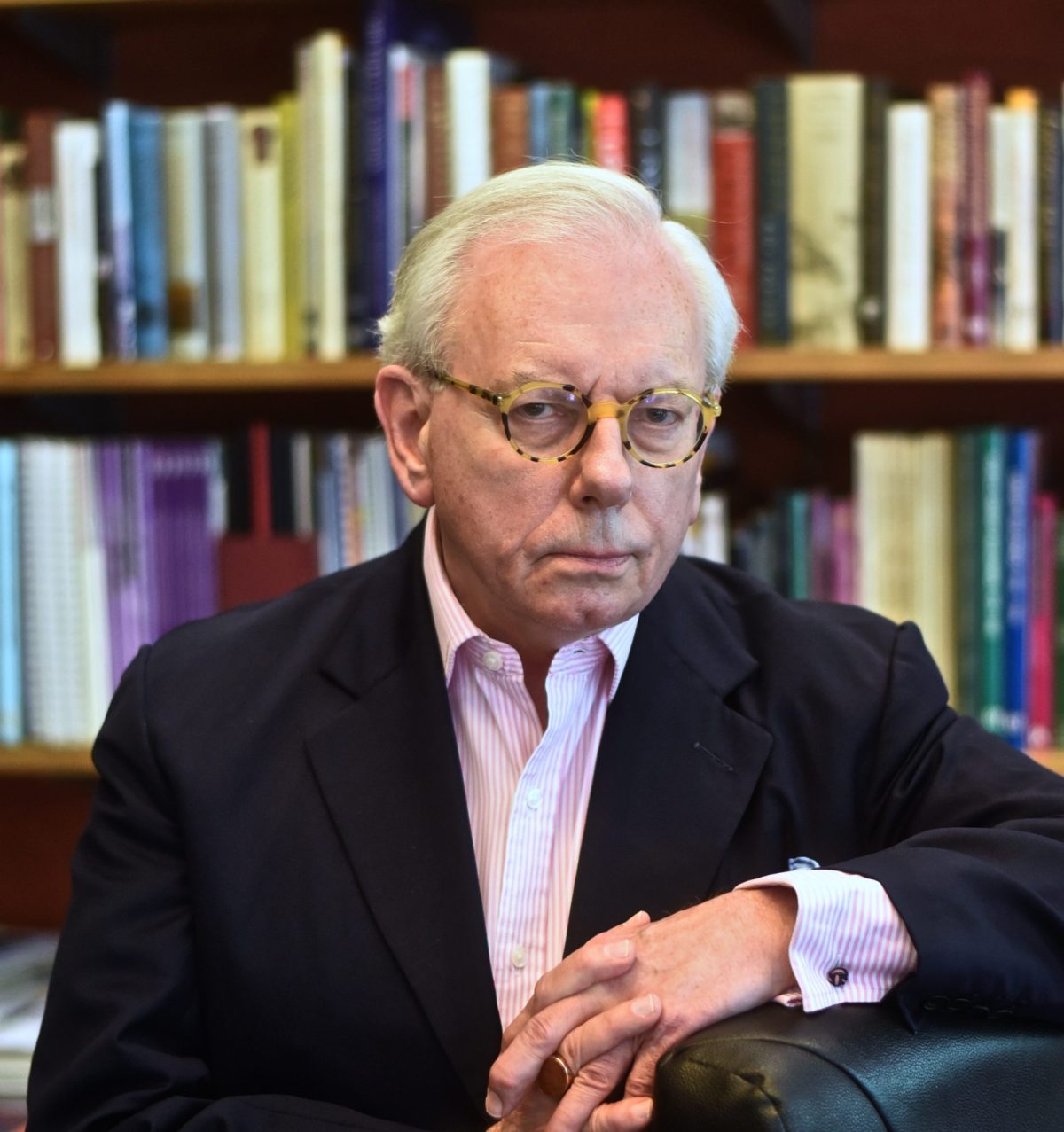 David Starkey CBE is one of the country’s most prominent historians. He has been awarded the Medlicott Medal for Service to History by the Historical Association. His books are best sellers, on shelves in shops, libraries and schools up and down the country. He speaks at panels, history groups, as well as colleges and universities. If you are new to history and want to find out more about say, Tudors, Stuarts or the history of the monarchy, one of his books or TV shows would probably be one of the first things you find.

And today, David Starkey said this:

“Slavery was not genocide, otherwise there wouldn’t be so many damn blacks in Africa or in Britain would there?”

For many years now, a large chunk of the history community has been calling Starkey out as someone who is unapologetically racist and very vocal about it. This isn’t the first time he has said something in this vein. For example, back in 2011 he waded into the London Riot’s, saying ‘‘The whites have become black. A particular sort of violent destructive, nihilistic gangster culture has become the fashion and black and white boys and girls operate in this language together.’ Then there was the time he voiced his opinions on a Rochdale sex trafficking ring (which he did at a conference for headteachers; no I don’t know how the hell he got to sex trafficking either) saying ‘what happens when [a country like Britain] has no sense of common identity”…Nobody ever explained [to these men] that the history of women in Britain was once rather similar to that in Pakistan and it had changed,” going on to urge headteachers to ensure their history curriculum focused on teaching minority students English history, so they grow up to be “first and foremost English citizens and English men.”.

It’s simply wrong to argue that this is how David Starkey interprets the historic research in front of him.

The unavoidable truth, is that, particularly in recent years, Starkey is merging his own racist views with history, presenting them as fact and in turn arguing this is how history should be taught and consumed. That’s not just morally wrong for a historian to do, but dangerous.

There have been efforts to try and quell this. Back in 2015, students and staff at Cambridge University successfully campaigned to have a video of Starkey promoting the institution taken down. Stating that it was inherently wrong to have a man representing the college who ‘publicly dismissed a female Cambridge colleague as ‘immigrant who was trying to push a multicultural agenda in education’, arguing, again publicly, that Britain was a ‘white mono-culture’, something, he said, this colleague failed to accept.’.

Yet, successes like this haven’t made a dent. Starkey is still consistently hired. Both by academic institutions and by TV and radio. I get it, he is a name, he comes with clout and in the case of his role as a talking head – he makes good TV, after all, at this point he is guaranteed to say something controversial.

But a line needs to be drawn.

The current argument over slave trader statues has underlined the importance that the history put in front of people impacts how they translate the world around them. Which is why we can’t just sit back and let Starkey continue on his merry way. This isn’t about ‘cancelling’ someone. This is about letting one-man skew history education towards something that his own personal agenda and not factual. It’s wrong. It’s dangerous. It shouldn’t be allowed to go on.

So, I suggest we do something that isn’t just shaking our fists in the air. One of the biggest barriers when it comes to fighting back against Starkey’s most recent work is that as a Medlicott medal holder, it (at least appears) he is backed by The Historical Association. Meaning the ‘voice of history’ in the UK, is continuing to give him a prominent platform to speak out from.

It’s still incredibly hard for history professionals from minority backgrounds to get a break (e.g. 96.1% of all university history professors are white) and increasing diversity in history has never been more important. If the Historical Association really does want history to be open to everyone, they can’t keep allowing David Starkey their platform.

We need them to speak out on this. Wherever that’s stripping Starkey of his award or making it clear, his current statements have no place in history education.

So, lets talk to the Historic Association. It’s incredibly easy. You can email them or message them on social media. I’ve put all the options below for you.

It takes 5 minutes, but it will help lessen the massive platform David Starkey has. Making it harder for him to continue using history to spread a personal agenda.

UPDATE – the Historical Association have today (3 July) announced that they are no longer working with Starkey and have stripped him of his Medlicott Medal. This is a huge step in making it clear to historic societies, schools and colleges, that the history David Starkey is peddling them in the form of seminars or lectures, is damaging and not grounded in factual research.

If you took the time to email the HA, then a huge thanks. You in no small way helped enact this much needed change.

One thought on “How do you solve a problem like David Starkey?”